“Working with Nspace Ltd on the redesign and refurbishment of our office was a pleasure from start to finish. The design process was collaborative and extremely enjoyable. Louise has such a creative mind and a keen understanding of what works and what doesn’t work in a space. She got to the heart of our wants and needs before providing us with really great design options that we would have never thought of ourselves. The refurbishment work was quick, hassle free and of the highest standard. We are delighted with the result and are now enjoying spaces in our office that we never really used before.”
Fergal McCarthy, Creative Director 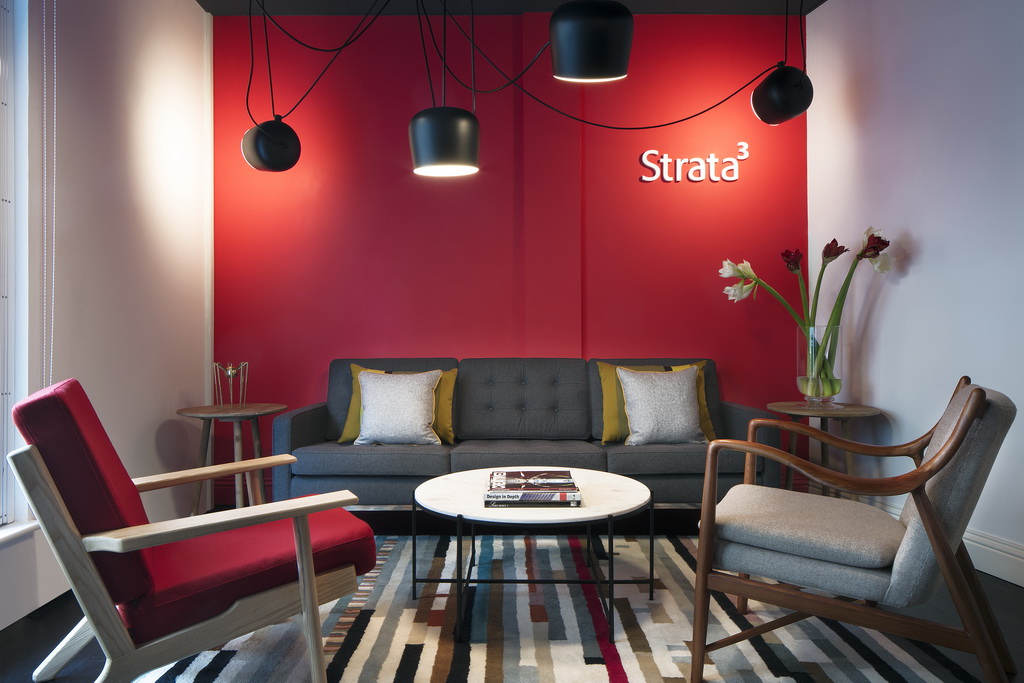 “We asked N Space to help with some work on our home in 2014. From the very start Louise and Gareth were great to work with. We asked them to help us improve storage throughout the house, put in new windows and doors and also with interior design generally. They came up with great ideas, costed all jobs carefully, started and finished the work when they said they would and were an absolute pleasure to deal with throughout. Over the years we have had a good number of people work on the house but no one matched N Space. ”
Niall Nolan & Shalom Binchy 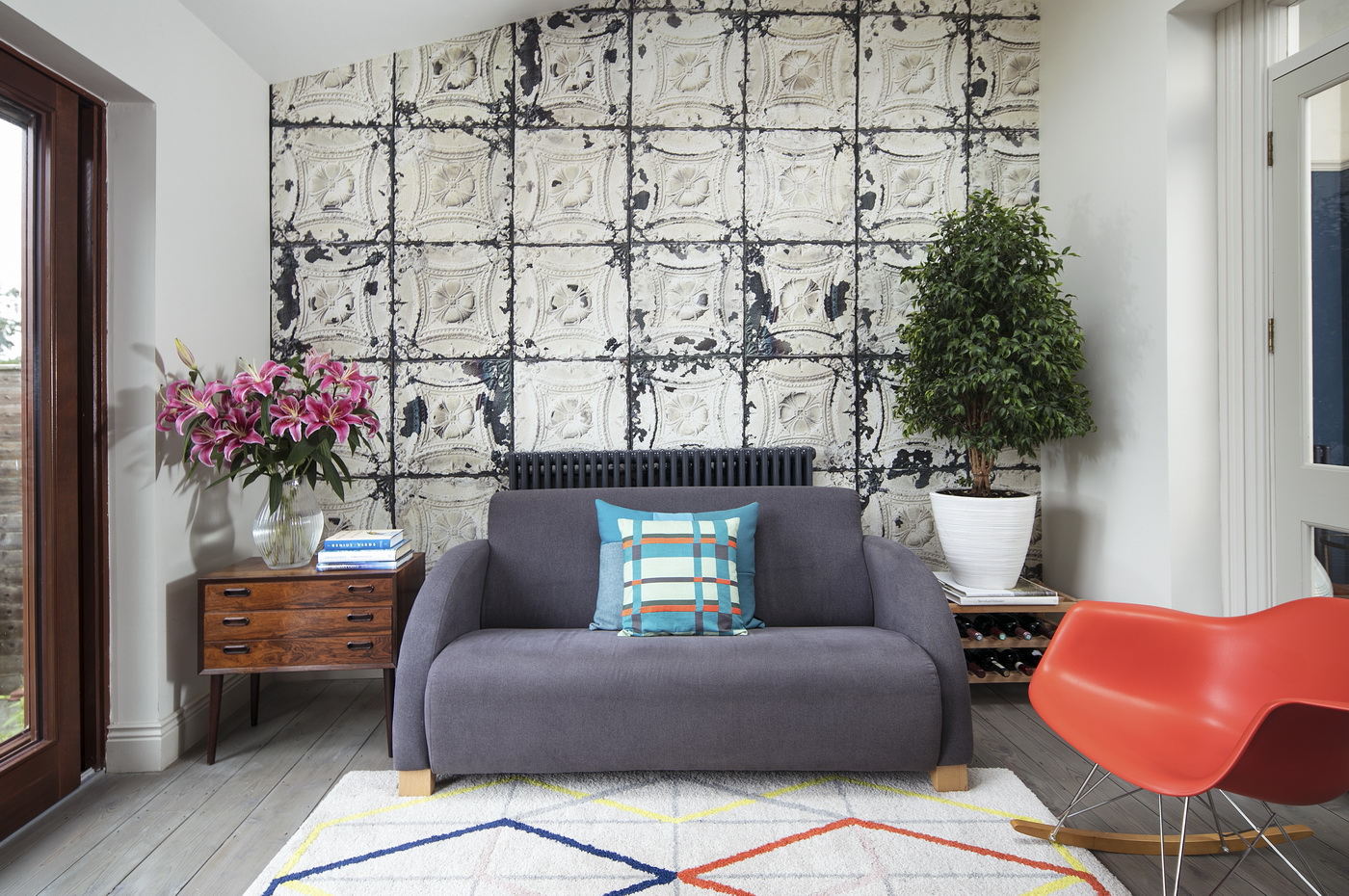 “What a team!! I have used NSpace for a series of Renovations, Interior design and Build projects over the last number of years. Nothing is too much for them and nothing is a problem. They get to understand the client and you really feel it’s nearly like their own project. Uber professional and responsive, a joy to deal with. Having the Interior Design and Construction together is a true godsend as it removes the classic issue elsewhere of each blaming the other. Highly Recommended.”
Aiden Maguire

“Our home was in need of refurbishing, so we contacted Nspace to help us with our project. We developed a great partnership with them while working on both the design and the implementation. Their dedication and most helpful service is evident in all aspects of their work. We appreciate very much their attention to detail and their creative approach in helping us with our project. Such a great team to work with!”
John & Michèle McMahon

“Our home was in need of considerable refurbishing. After a comprehensive search and having taken advice from architects and engineers we contacted Nspace. The speed, management and quality of their work exceeded our most optimistic expectations. To any client seeking similar professional services we would recommend them unreservedly.”
Michael & Mary Lou O’Neachtain

“The mews needed an extensive renovation to make it habitable again. I was amazed at the transformation Nspace performed. I found the team to be flexible and attentive to detail and their finish exceeded even my own high standards. The renovation was such a success I have already booked Nspace for future projects and would have no hesitation in recommending them to anyone.”
Brian McMahon 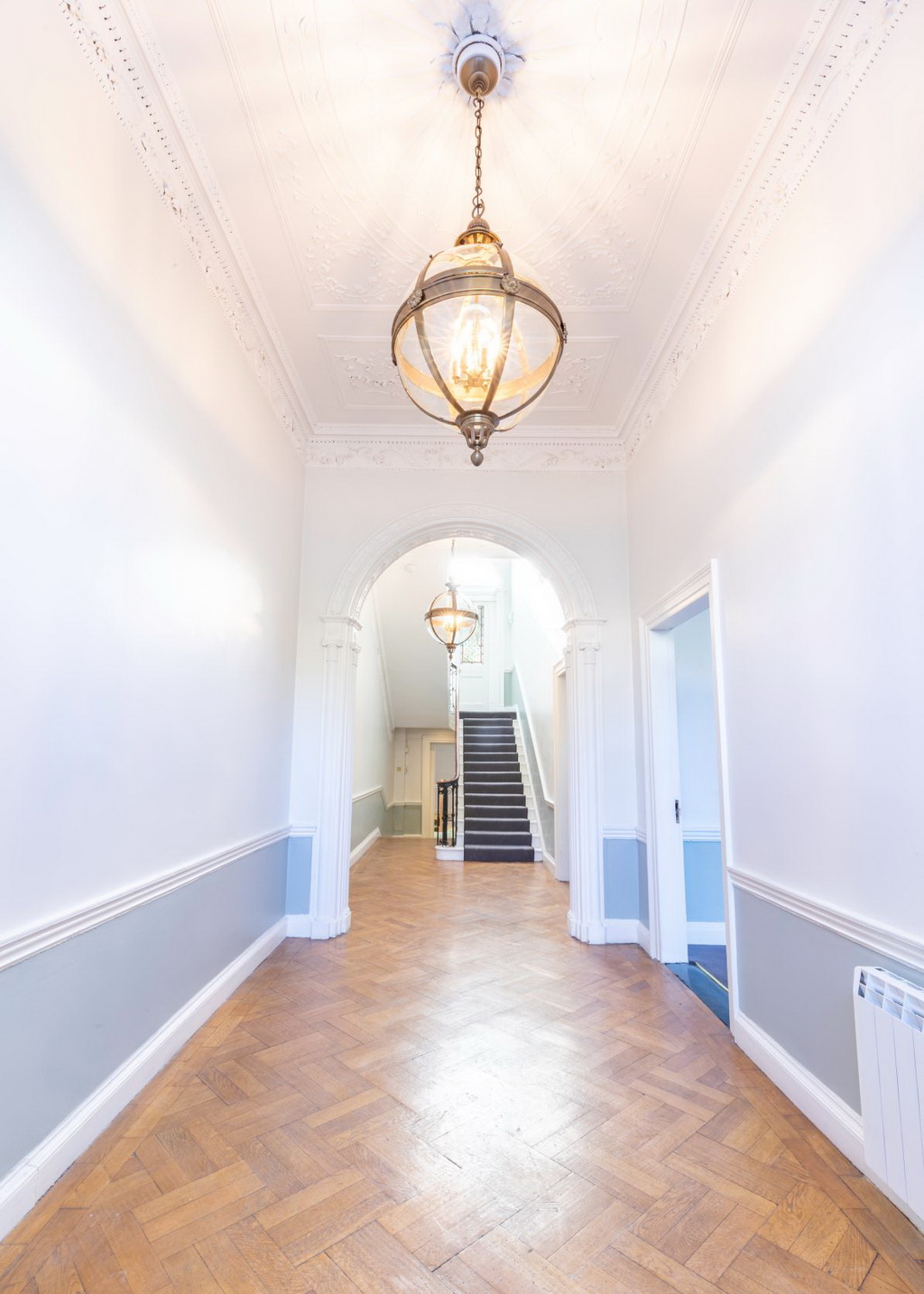 “All the fixtures and fittings had to be sympathetic to the historic nature of the properties and appropriate to the general conservation theme and I think Nspace did a very good job in this regard. I found Nspace reliable, keenly priced, efficient and a pleasure to deal with.”
Senan Sexton

We used N Space to renovate a kitchen and a number of small items for my mothers home in 2018 and we found them great to work with. They were sensitive to my mothers neeeds keeping the stress to an absolute minimum for her. All planning was efficient and easily achieved as Louise had great ideas and the work was completed to an excellent standard and on time. Any follow up items we have needed to get in touch with them about have been delt with straight away which was greatly appreciated. Overall I would have no hesitation to recommend N space.
Joanna Smith

“We had Louise and Gareth help us with turning our newly bought house into our home. Louise came up with great ideas in terms of colour scheme and also practical suggestions. The combination of her having the input in terms of the design and then Gareth assisting in the building work is also great. It means that you don’t have to speak to different people to get something done. We also really liked how they managed the other builders. We went on holidays and Louise and Gareth managed everything and made sure everything was done properly to the extent that they even hoovered the entire house after the work was done. When we came back our house looked amazing!’
Miram & Peter Caley

Testimonial 2011
“In 2011 I worked with Gareth Nihill and his team at Nspace on an incredibly challenging art project involving the fabrication of a 10 metre wide floating desert island that was moored in the middle of the river Liffey. The project was commissioned by Dublin Fringe Festival and I lived on the island for 2 weeks, sleeping inside a tent that was pitched on the top of the structure. Photographs of the island appeared in dozens of newspapers, magazines and websites all over the world. The project was the recipient of several awards and accolades including its use in promotional material during Dublin’s attempt to become World Design Capital in 2013. Gareth was the lead designer and fabricator on the project and his team also installed the island on the river. Designing and building a structure to stand up to gales, high tides and Dublin’s unpredictable weather is no easy task and I was incredibly fortunate to have someone of Gareth’s calibre on board. Gareth has an immense passion for his work, he has an incredible eye for detail and he becomes personally invested in every project he takes on from bespoke house extensions to compex collaborations with artists.”
Fergal McCarthy, Absolute Fringe Festival Dublin. 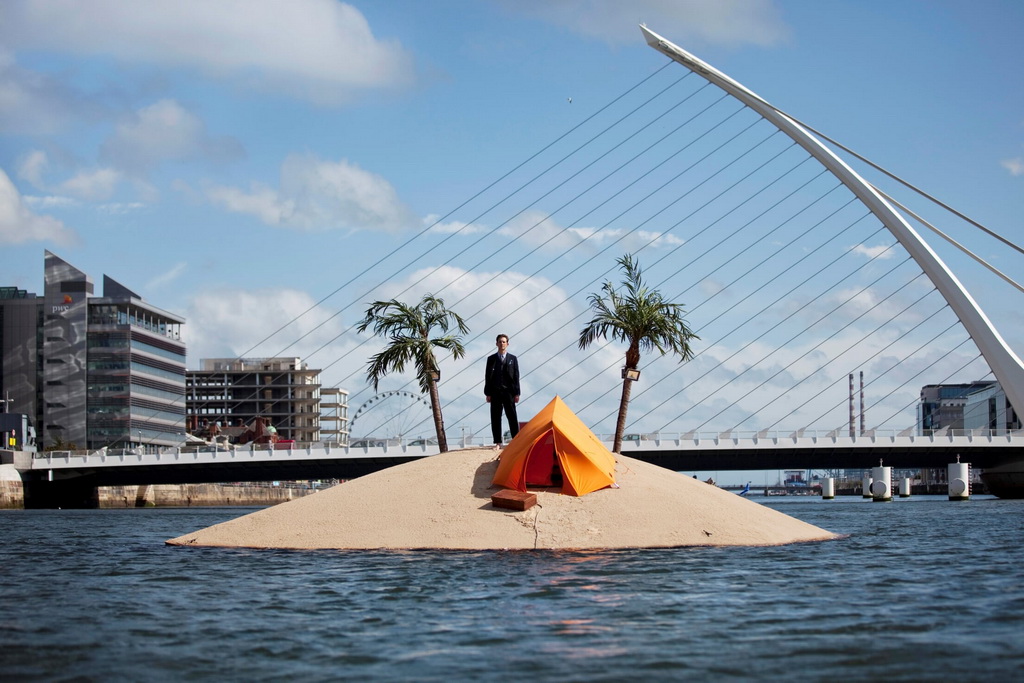